In this New Generation of UK urban music, Avelino aka Young Fire is being championed as the future by the likes of Wretch 32, Labrinth, Stormzy and Tinie Tempah whom have all spoken highly of the 22 year old.
The man hailed as 'Young Fire' has already recorded with the likes of Labrinth which whom he did the official remix for his 'Let It Be' single which charted at #11 in the UK charts.

Avelino brings innate lyricism, unique vocal tones and challenging production to create and incredibly fresh and original sound, after years of development in UK rap's underground scene where he released his 'Iconic Ambition' mixtape which DJ Semtex featured in his top 5 mixtape list above Rich Gang / Yungen / Loyle Carner projects at the time.
The mixtape features both MOBO nominee & winner Bonkaz & Stormzy good friends of Avelino. Last spring Avelino supported Stormzy on his first UK tour in April 2015 which was sold out. He quickly followed up with his own headline show at the Old Blue Last which was an absolute road block.

With the incredible year that Avelino had Charlie Sloth had no choice to call him up for a 'Fire In The Booth' and described him as "an absolute animal", Skepta was quick to voice how impressed he was at the performance "Avelino killed that freestyle". One month later Avelino returned with Wretch 32 for another 'Fire In The Booth' which broke the shows record of the fastest million views and has already amassed 2 million views.

Moreover the pair released a joint mixture which saw him christened as 'Young Fire' as it was entitled 'Young Fire Old Flame'. From its success came a live show in London which saw tickets sell out in 4 minutes. With the phenomenal success of the live show and public demand the a second show at koko london has been schduled. Avelino will be dropping his highly anticipated debut EP 'FYO' early this year and is the certainly one to watch for the future. 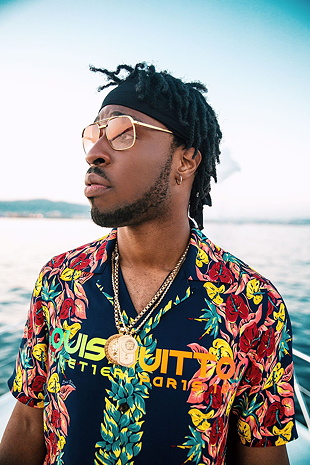