Announcing himself on the scene two years ago with his Gleamin Freestyle series, DC is a South East native artist who plays in between the lines of Rap and Grime music. It all started with a 30 second freestyle video on twitter covering one of his main musical influences - Chip's 'I'm Fine' instrumental that birthed the DC as we know him.
Since then he has definitely shown he's here to stay by continuously working on building a portfolio of hits which continues to create waves in the scene and forced people to pay attention to him.

DC's confident and charismatic style is emulated in the production of his content, showing he can comfortably perform on a classic 140 bpm grime beat as well as a slower tempo rap beat. His rendition of Daniel Beddingfield's 'Gotta Get Through This' titled 'Strong' is just an example of this which can be found on his Soundcloud page which with his other releases boasts over 1.5 million plays coming from much further than his SE10 postcode.

DC proudly embodies South East London in all his content often referencing staple areas in his videos as well the lingo of his group "kinda gleamin, kinda local!" Which contributes to the authenticity of not only his music, but his character.

DC's profile, even being so early in his career is one that has not gone unnoticed with a number of convincing accolades to his name. With only one EP out boasting 500k plays, DC found himself named as one to watch by Stormzy on his 'Merky Show' with the grime star also highlighting his authentic laid back style - leading to a collaboration between the two and AJ Tracey on Stormzy's 'Standard' track. Aside from this, his performances at NewGen live, FutureSounds and Boiler Room shows his demand from a plethora of crowds at such an early stage in his career, on the way continuously growing his fanbase to a stage fans are demanding more!

With a 2nd EP in the works and DC commenting "I've worked on my sound and I feel confident about this" along with the portfolio he has already built DC is definitely not taking his foot off the gas as he continues to "kick the door off the hinges" and build himself as not just a local rapper but a staple within the scene. 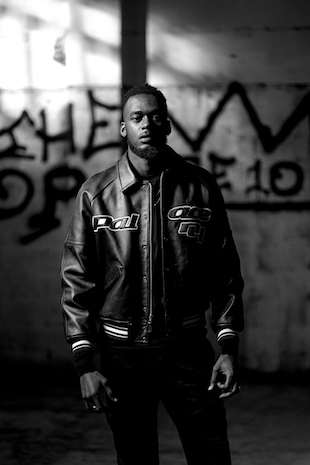