happydaze is a voice, a soundtrack, a spectrum of human emotion and a reason to feel.  Formed in Edinburgh, Scotland, happydaze embarked on its journey of creative output in late November 2020 and has continued to consistently release music, with ‘Bad Taste’ becoming the latest instalment in a line of singles, including; ‘What's It For', ‘Talk About’ and the well received single ‘Go Wrong’ featuring in Spotify’s New Music Friday UK. 2021 will be a year of re-discovery and resurgence, and happydaze will be ever present with new music; come and blossom with us. 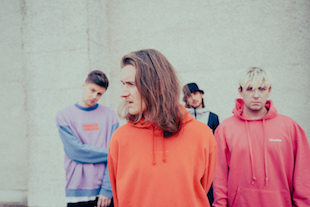