MORRISSON is a British rapper and songwriter from Newham, East London.

One of four brothers raised on the William Morley Estate in a truly multicultural hub as a life long West Ham fan, he first started to get involved in music around 2008, then later re-appearing in 2011 with a series of freestyles on YouTube platforms SBTV, LinkUpTV and GRM Daily. Despite cultivating a loyal fanbase, Morrisson disappeared from the music scene only to return again in 2017 with a slew of singles, each achieving millions of views and cementing his position as one of UK rap’s hottest names.

Since, he has collaborated with the likes of Krept & Konan, Loski, M24, Steel Banglez, OFB (Bandokay & Double L’z), Young T & Bugsey and more, with a position at the top table of the scene. Now signed to Sony imprint Since ‘93, his recent single releases have seen his debut on UK Official Singles Chart, reaching the #1 trending position on YouTube with 3 music videos, and support from the BBC 1Xtra playlist!

With a debut project set for release this summer, Morrisson is just getting warmed up. 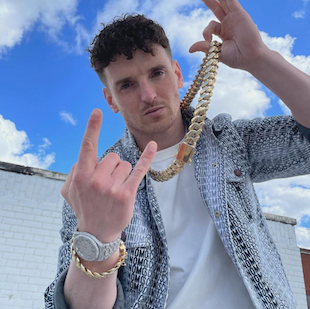