After impressing with last year's 'Brazil' EP, London-based R&B duo S4U are back with a brand new single, 'Isle Of Dogs'. Their first release for Bank Holiday Records, the track is released on 14th April and sees the group explore the nostalgic facets of their R&B sensibilities while delving deeper into the more menacing, textured elements of the genre's production.

Set to shards of cascading sound design, the track's vocal themes inhabit the darkest reaches of lovelorn yearning, with the duo's Rosita Bonita transforming her tone from a biting vengefulness on "I see how you feel about me, deleted you so I don't see" to vulnerable desperation on "the things I would do if you would only love me". 'Isle Of Dogs's production takes the group's signature sound into new territories too, reflecting Rosita's lyrical subject matter with a full-bodied sonic landscape that constantly throws new textures into the mix, without ever washing out a devastating 808-laden beat tying the whole track together.

With 'Isle Of Dogs', S4U have acknowledged the model of scorned R&B songstresses before them such as TLC and All Saints, reworked it into a more contemporary style, and pushed it further into the future with shades of avant-garde electronic experimentalism. The group's new single deals with the breakdown of a relationship in a way that's intense, current and places S4U as one of the most forward thinking and exciting acts within their genre. 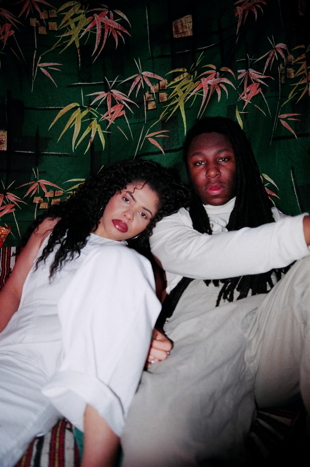