Hailing from Newcastle, Australia, Trophy Eyes bring together their own combination of aggressive pop punk and melodic hardcore. The 5-piece band began making waves worldwide with the 2013 release of their emotionally driven EP 'Everything Goes Away'. After touring the nation with Neck Deep (UK) and headlining several of their own tours across the country Trophy Eyes were later picked up by Hopeless Records (New Found Glory, All Time Low, Taking Back Sunday, The Used) and released their debut album 'Mend, Move On' In November 2014. 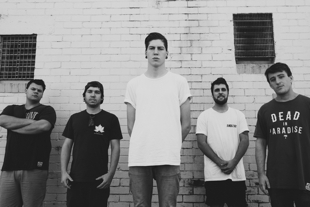