The soft instrumental bed radiates a warm and deeper edge to Coco's sound as he leads his vocals from Shola Ama on the opening hook. From the instrumental, the variance in tone of the three contributing vocals accentuates mystery and empathy, whilst we get a raw edge of reality from the rougher vocals of Coco and Deep Green.

Coco's artistic unpredictability and vision to experiment with different flavas and styles has made for an inspired catalogue of music over the last 18 months, resulting in him hitting the polls as one of the '15 MC's Out Of London You Need To Know Today' via Complex Magazine and being chosen as 'One To Watch in 2016' for MixMag by Annie Mac. From the hefty grime remix of 'Big N Serious' with MOBO nominees AJ Tracey and Nadia Rose, through to his recent Jamaican-peppered collaboration with Protoje, (making him the first UK act to collaborate with one of the biggest reggae stars across a grime beat), Coco has taken a fearful and inspiring route to releasing music in 2016; making the music speak for itself.

Finishing what has been a defining year for the Sheffield native, which has seen him perform at Glastonbury on the BBC Introducing stage, alongside Stormzy at Ibiza Rocks, Red Bull's Manchester Carnival, Notting Hill Carnival, Bestival and the Royal Albert Hall for Jamie Cullum's BBC Proms, Coco gives an idyllic and retrospective send off to the year with 'Waters Run Deep'. 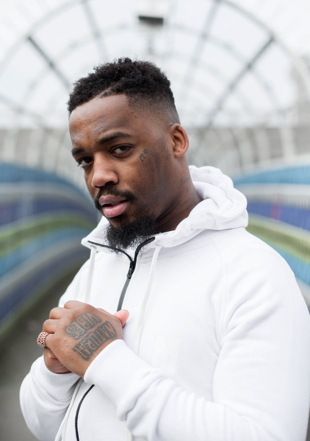