Revered for his cutting-edge approach to wave music, Deadcrow represents what it means to be a true influencer. Browsing YouTube as a teenager and becoming an expert crate digger, Felix Ruocco’s fascination with grime and trap laid the groundwork for his current status in the scene. Inspired by artists like UZ and RL Grime, his early years of music production led to him attending Herman Brood Academie, where he graduated in 2016.

As one of the scene’s renowned figures, Deadcrow is known for his nostalgic, JDM and cyberpunk aesthetic. Heavily influenced by video games Need for Speed Underground 2 and Tokyo Xtreme Racer along with the Blade Runner films, Deadcrow brings forth a sound that’s both futuristic and heavy yet emotionally-driven. His sonic touch has brought him around the world on tour, including his 2018 run of shows in the US, where he was the first wave artist to tour in the region. Now, Deadcrow has caught the attention of high-profile artists such as RL Grime, Steve Aoki, Zeds Dead, Krewella, and more.

As a staple on wave labels Liquid Ritual, vibe.digital, and wavemob, Deadcrow has helped spur a movement which has led him to expand his release catalogue to some of electronic music’s most notable labels, including Sable Valley, Dim Mak, Artikal, and more. Known for his experimental sound and tastefully unpredictable DJ sets, Deadcrow has influenced the next generation of bass music through his matchless signature touch and steady push towards the future. 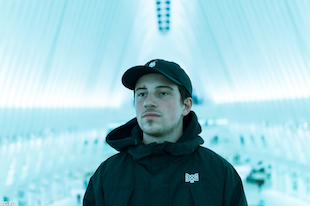