Confidently establishing himself in the underground across the past year, Nottingham talent HEX continues to imprint himself into mainstream consciousness with his latest release 'Paranoia', coming via 12Tone / Parlophone with a distinctive sound that will continue the interest around the young artist.

In a compelling tale of loyalty, cynicism and the fast life of being in the music game, 'Paranoia' brings vulnerability and unabashed flex while incorporating HEX's reputable slick wordplay. Drawing you in with a lilting guitar sample before bursting into bass-heavy, trap production, HEX's melodic vocals unify the track in a way that validates the serious interest around him right now.

With the kind of sound that's undeniable in potential scope, some of the most acclaimed producers in the scene have been quick to jump in the studio: BricksDaMane (Drake, Young Thug, Lil Wayne), CBMix (Chance the Rapper, Kanye West, Lil Pump) giving an idea of the young star's reputation. A feature on English indie-rock superstars alt-J's 2018 album 'REDUXER' - on well over 30M streams – also mark his versatility.

Previous releases 'Inferno' and 'Blow' have lined up HEX for a massive 12 months ahead. With tastemaker support coming from the likes of HUNGER, WONDERLAND and NOTION plus the momentum of a successful US run and a video shot en route, HEX looks set to continue to define himself as one of the most exciting new names coming out of the UK. HEX feels like a quiet storm already building a big reputation. 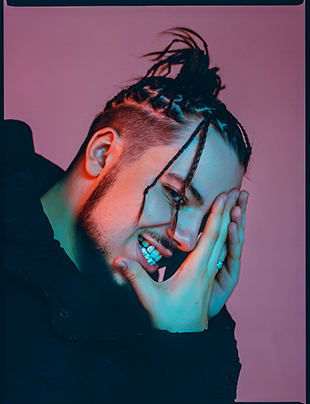